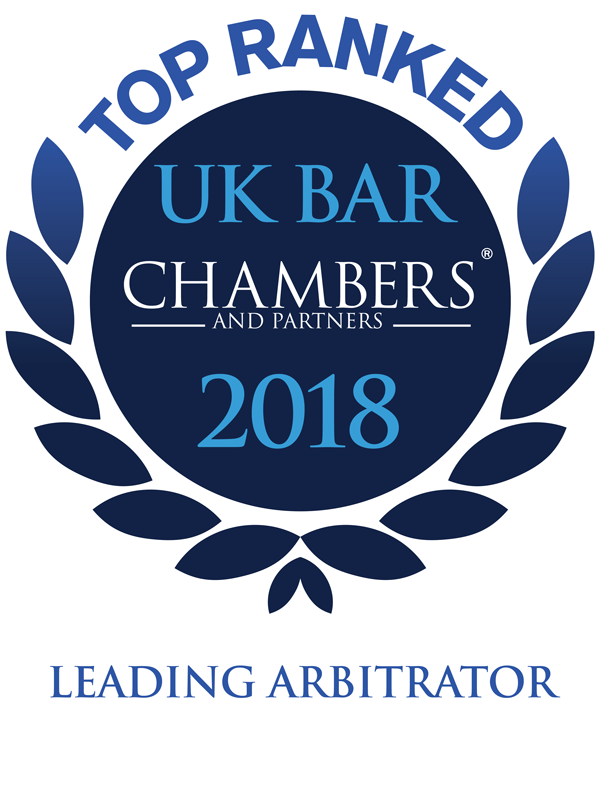 Building on many years’ experience as a commercial lawyer with a substantial court, arbitration and advisory practice, Ian Glick now practices principally as an international commercial arbitrator.

In Chambers UK Bar 2020, Ian is ranked as a "Star Individual" in International Arbitration: Arbitrators and is acknowledged as "A first-class arbitrator"; "He is excellent – very responsive to the parties, on top of the material, and fair and balanced in his decision-making". Chambers UK 2019 noted that he is "Lovely, understated and really smart", whilst The Legal 500 2018-19 says that he is “An excellent and learned legal thinker and top-notch author of awards” and "A superb silk; has great control of hearings."

His work as an arbitrator has included ICC, LCIA, SCC, SIAC, ICSID and ad hoc arbitrations, and he has also carried out many expert determinations.  He has sat in London, Paris, Brussels, Stockholm, Milan, New York, Mumbai, Hong Kong, Singapore, Lusaka and Colombo, and has handled cases governed by civil law codes and by the laws of common law jurisdictions other than England.

Ian has arbitrated amongst other matters:

Disputes over whether the tribunal had jurisdiction to hear the claims put before it, and over whether previously entered settlement agreements were valid.

Disputed claims under insurance and reinsurance contracts (including Bermuda Form, excess of loss and multiline policies), including claims arising out of US mass tort litigation, the supply of products containing dangerous contaminants, structural failures on North Sea oil platforms, the use of pharmaceutical products, oil spills, and train crashes.

Oil and gas industry (including LNG) disputes, including disputed price reviews under long term supply contracts, and disputes over farmout agreements, over pipeline charges, over the provision of seismic acquisition services, and arising from contracts for the acquisition of emissions reductions units from gas distribution companies.

Disputes arising out of share sale agreements concerning enterprises engaged in, amongst other things, gas exploration, dairy and agricultural business, electricity grid construction and maintenance, and the manufacture of medical instruments; and over whether one party had fraudulently induced another into jointly acquiring a failed investment.

Disputes arising out of the international sale and purchase of goods, including aluminium, bitumen, steel and heavy machinery.

Disputes over loans and facility agreements, ISDA agreements, and over whether commission was payable under airline ticketing agreements.

Disputes in the telecommunications industry.

Construction industry disputes arising out of the construction of a nuclear power station in East Asia, the renovation of a power station in Eastern Europe (including whether certain provisions constituted an unenforceable penalty), out of a major road construction project in South Asia, and out of shipbuilding contracts with an Asian yard (including the question whether a party had withdrawn from an illegal contract in sufficient time to recover payments already made).

Disputes in the hotel management industry.

Disputes as to what constitutes a sufficient “investment” for the purpose of a bilateral investment treaty between Kazakhstan and the Netherlands (ICSID Case No. ARB/09/8).

His extensive experience of dealing with major disputes includes:

Advising and acting on questions of arbitration law, for example, Lesotho Highlands Development Authority v. Impregilo SpA & Ors [2005] UKHL 43, [2006] 1 AC 221 [House of Lords] (whether arbitrators’ statutory powers to make an award in any currency and to grant pre-award interest were excluded by contract).

Advising and acting for both insurance companies and regulators in insurance law and regulation matters, for example, Fuji Finance Inc. v. Aetna Life Insurance Co. Ltd. & Anr. 1997] Ch. 173 [Court of Appeal] (whether a contract under which the same sum was payable on surrender as on death was a policy of insurance within s.1 of the Life Assurance Act 1774 or was void under s.16 of the Insurance Companies Act 1982); and providing a joint opinion to the Financial Services Authority, with Richard Snowden QC, assessing the merits of the proposed Scheme of Arrangement in relation to Equitable Life.

Advising, and acting in arbitrations and expert determinations, in numerous oil, gas, and electricity matters.

In the course of his career, Ian has been standing Junior Counsel to the DTI in export credit cases, Chairman of the Commercial Bar Association, and a Deputy High Court Judge sitting in the Commercial Court and the Chancery Division. He is a Fellow of the Chartered Institute of Arbitrators.