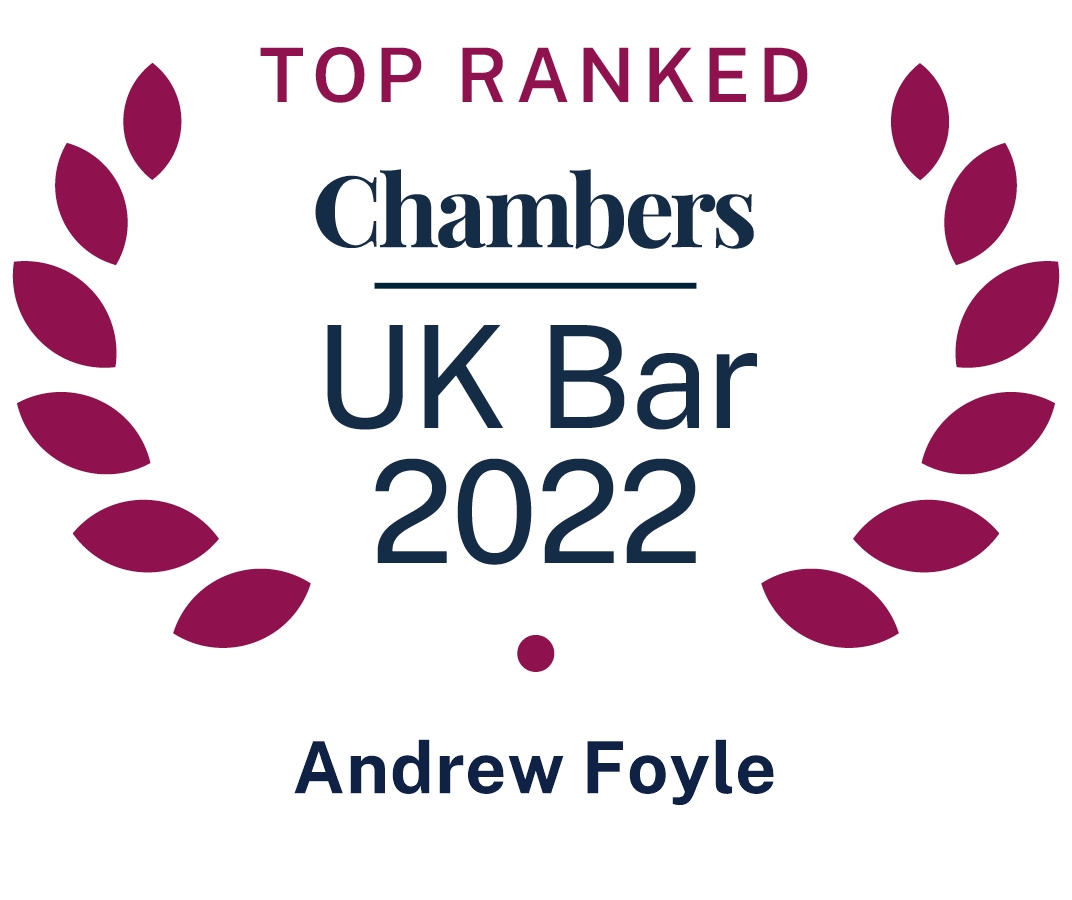 Andrew was called to the English Bar and joined One Essex Court in 2006 to develop his practice as an arbitrator in international arbitration. Prior to that, Andrew had been a solicitor and was a partner at Lovells (now Hogan Lovells) for 24 years. While at Lovells he was head of the firm’s international arbitration practice (from 1998 to 2006) and was senior partner of the Hong Kong office (from 1994 to 1998).

Since joining One Essex Court, Andrew has been appointed arbitrator in more than 120 LCIA, ICC, UNCITRAL and ad hoc arbitrations, more than half of these as Chairman or Sole Arbitrator. The seats have included London, Geneva, Paris, The Hague, Dubai, Doha, Muscat, Singapore and Hong Kong. Examples of some of his arbitration cases are given below.

He has been an officer of the IBA arbitration committee and a past chair of its subcommittee on the recognition and enforcement of arbitral awards.

Over the years, his experience and reputation in international arbitration have been recognised by a number of the leading legal directories. For example, in 2015, he was runner up for the 2015 GAR Best prepared/most responsive arbitrator award.

Since joining One Essex Court, he has been appointed arbitrator in more than 120 arbitrations, including 33 as Chairman of the Tribunal and 16 as Sole Arbitrator. The seats have included London, Geneva, Paris, The Hague, Dubai, Doha, Muscat, Singapore and Hong Kong.

He has experience of disputes relating to numerous countries including the United States, Australia, Nigeria, Kenya, Cyprus, Turkey, Dubai, Oman, Bahrain, Saudi Arabia, Japan, the Philippines, China, India, Hong Kong and the governing laws of those jurisdictions. The disputes have been governed by the laws of many common and civil law jurisdictions as well as the UAE, Qatar, Oman, Russia and Japan.

In 2020, Legal 500 2020 ranked Andrew as one of its leading individual arbitrators: “An outstanding arbitrator, particularly as chair – thoughtful and diligent”. Chambers UK 2020 ranked Andrew as a leading junior, “Very detailed and meticulous”. Who’s Who Legal 2020 says "Andrew Foyle is "a superb practitioner" and "a great arbitrator" with over 30 years of experience in international arbitration proceedings under most major institutional rules”.

In 2021: Chambers UK London Bar (Band 1)"A truly excellent arbitrator." "Energetic and proactive."  Chambers Global (Band 3) “Peers describe him as ‘very able and determined.’”  Legal 500,(London Bar Leading international arbitrators) Ranked: Tier 1 - ‘Very experienced and knowledgeable in international arbitration and able to navigate the various institutions, he is also very collegial and it is a pleasure working with him.’

WWL 2021: “Andrew is extremely well regarded in the arbitration space”, “Mr Foyle is superb - a great arbitrator”, “He's got a very good reputation”, “He is a good practitioner and is attentive to details”, “Andrew is very highly regarded, very good with technology and manages disputes and the conduct of the arbitration efficiently”.

More recently in 2022 Chambers UK London Bar (Band 1): “He is extremely courteous, experienced and hard-working.” “He is a first-rate arbitrator and he is in huge demand.” “He is absolutely excellent.  He has fierce intellect and he’s super engaged, always prepared and very efficient.”

WWL 2022: "Andrew is a doyen of international arbitration" "He is an incredibly thorough and efficient arbitrator".