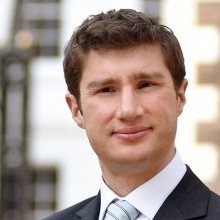 In its judgment in Berkeley Square Holdings & Ors v Lancer Property Asset Management Ltd & Ors, the Court of Appeal has provided important clarification of the scope of three separate exceptions to without prejudice privilege, including one which has never previously been applied in England, and another for which the legal basis has been notoriously unclear.

The underlying facts concern a London property portfolio worth c.£5 billion. At the relevant time the properties were almost all owned by Sheikh Khalifa bin Zayed Al Nahyan – the Emir of Abu Dhabi and President of the United Arab Emirates – through a number of offshore corporate vehicles (the Claimants). The Defendants were the managers of this property portfolio. They dealt with Dr Mubarak Al Ahbabi, who represented the Claimants. The Defendants made regular payments to Dr Al Ahbabi’s offshore company, Becker. They understood that this arrangement was known to, and initiated by, Sheikh Khalifa.

In 2012, a dispute arose between the Claimants and the First Defendant in relation to an aspect of the management fees. That dispute was submitted to mediation. The First Defendant’s mediation papers openly referred to the payments being made to Dr Al Ahbabi as part of the factual background to the dispute. The dispute was settled following the mediation. Years later, Sheikh Khalifa suffered a stroke, Dr Al Ahbabi was replaced, and the management agreement was terminated. In 2018, the Claimants commenced proceedings against the Defendants, alleging bribery and fraud and contending that until 2017 they had been unaware of the payments being made to Becker and of Dr Al Ahbabi’s ownership of Becker. The Claimants asserted that various agreements were void or voidable (including the 2012 settlement), and claimed over £70m.

The Defendants’ main defence is that the Claimants and Sheikh Khalifa had always known and approved of the payments to Becker and Dr Al Ahbabi. In particular, the Defendants wished to rely on their own without prejudice statements made in 2012. The Claimants opposed this and sought to strike out all references to the 2012 statements from the pleadings.

The Defendants relied on three separate exceptions to the without privilege rule, as formulated by Robert Walker LJ in Unilever Plc v The Procter & Gamble Co [2000] 1 WLR 2436 at 2444:

“…(2) Evidence of the negotiations is also admissible to show that an agreement apparently concluded between the parties during the negotiations should be set aside on the ground of misrepresentation, fraud or undue influence…;

(3) Even if there is no concluded compromise, a clear statement which is made by one party to negotiations and on which the other party is intended to act and does in fact act may be admissible as giving rise to an estoppel…;

The Court of Appeal, in summary:

Richard Mott appeared (led by Adrian Beltrami QC in the Court of Appeal, and by David Wolfson QC at first instance) for the Defendants. 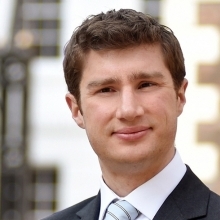