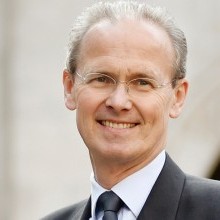 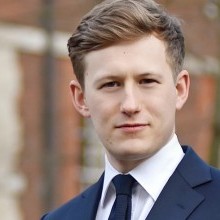 Following a two-week appeal hearing in late 2018, the Cayman Islands Court of Appeal (Beatson, Birt and Field JJA) has upheld the dismissal of a US$2bn professional negligence claim against HSBC arising out of the Madoff investment fraud. The judgment is notable for, among other things, a detailed discussion of two points of wider significance regarding the scope of the rule against reflective loss.

The Claimant, Primeo, was a Cayman investment fund established and managed by Bank Austria. The Defendants are two HSBC Group companies, which acted as the fund’s administrator and custodian respectively.

From its inception in 1993, Primeo’s directors, acting on the advice of its investment adviser, a Bank Austria affiliate, began placing funds for investment with Bernard L Madoff Investment Securities LLC (BLMIS), the US vehicle through which Bernie Madoff perpetrated his vast Ponzi scheme. By 2001, Primeo was wholly invested in BLMIS and from 2003 it began to invest indirectly in BLMIS as well, via shareholdings in two other Madoff feeder funds, Alpha Prime Fund Limited (Alpha) and Herald Fund SPC (Herald).

In May 2007, its investments were restructured as it subscribed for shares in Herald at the full purported value of its remaining direct BLMIS investments at that date. From then on, Primeo’s assets consisted of shares in Herald and Alpha, via which it remained indirectly exposed to BLMIS.

Primeo went into liquidation shortly after BLMIS collapsed in December 2008. In 2009, Herald and Alpha each commenced claims against HSBC in Luxembourg for US$2bn and US$346m respectively. In the course of the appeal, Herald and Alpha commenced supplementary proceedings in Luxembourg for US$5.6bn and US$1.16bn respectively. Primeo issued its claim in Cayman against the Defendants in 2013, seeking US$2bn in damages for alleged breach of various contractual duties on the footing that if the Defendants had properly discharged their duties, Primeo would have withdrawn its money from BLMIS prior to the fraud being uncovered and reinvested profitably elsewhere.

Following a four-month trial, Mr Justice Andrew Jones QC dismissed the claims in their entirety in a judgment dated 23 August 2017. Although he found the Defendants had breached their duties in certain respects, he held Primeo had not proved causation; he rejected Primeo’s argument the Second Defendant was strictly liable for Primeo’s losses; and he held that the majority of the claims were time-barred. The Judge also held that all the claims were barred by the rule against reflective loss, on the basis that, having heard Luxembourg law evidence regarding the merits of Herald’s claims, he was satisfied that both funds had a real prospect of success in claims against the Defendants which would make good Primeo’s loss, such that Primeo’s claim was reflective. The Judge would also have made a 75% reduction in damages against the First Defendant for contributory negligence.

Primeo appealed on a number of grounds. The Court of Appeal’s findings in relation to reflective loss were dispositive of the appeal. Primeo advanced two key arguments on this issue. First, it argued that the reflective loss rule did not bar its claims arising out of its direct investments in BLMIS before May 2007 because it was not then a shareholder in Herald and Alpha. Secondly, it argued Jones J was wrong to hold it was sufficient for the rule to apply that Herald and Alpha’s claims had a real prospect of success and that, instead, for the rule to bar the shareholder’s claim, the Court must be satisfied on the balance of probabilities that the company’s claims are likely to succeed.

The Court of Appeal’s reasoning on reflective loss is at paragraphs 350-441 of the judgment. The Court first analysed the policy considerations underlying the reflective loss rule, emphasising the need to avoid prejudice to minority shareholders and other creditors. The Court then applied these policies in rejecting Primeo’s first argument, holding that the question of whether the rule applies is to be determined by looking at the factual circumstances at the time the claim is made, not when the cause of action may have accrued or loss was first suffered. The Court also rejected Primeo’s second argument, holding that the test for determining whether the rule is engaged is whether the company’s claim has a real prospect of success, not whether it will succeed. The Court held that this test is consistent with prior authority and the policies of minority shareholder and creditor protection, as well as practical considerations, e.g. Primeo’s proposed test would require the Court to determine the merits of the company’s claim in proceedings to which the company is generally not a party, and in circumstances where the court may have little assistance, because the parties to a claim by the shareholder will have no incentive to argue that the company’s claim will succeed.

The Court went on to consider, obiter, many of the other issues raised by Primeo’s appeal and a Respondents’ Notice filed by the Defendants. The Court held Jones J had erred in holding there was no loss for which the Second Defendant was strictly liable, but the issue of what, if any, loss had been suffered would have had to be remitted to first instance, had the claim not been dismissed on reflective loss grounds. The Court dismissed Primeo’s appeal on causation save that it would have allowed Primeo to pursue a loss of a chance case, which had not been argued at trial, which would also have had to be assessed and quantified in a further first-instance hearing. The Court partially allowed Primeo’s appeal on limitation and largely upheld the Judge’s findings on breach which had been challenged by the Defendants. The Court would have reduced the discount for contributory negligence to 50% but held the defence was available to both Defendants, not only the First Defendant.

Primeo has now filed an appeal to the Privy Council.

The appeal judgment is available here. 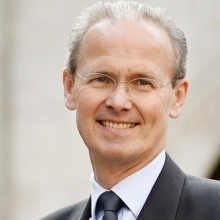 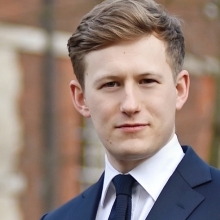