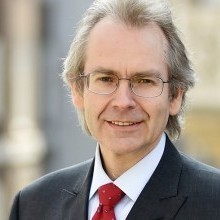 In June 2012, the Claimants, a listed Saudi property company and Bahraini bank respectively, obtained without notice injunctions in the Commercial Court from Mr Justice Popplewell against the Defendants, Mr Al Refai, Kroll Associates and Mr Richardson. In support of that application, senior executives from the Claimants swore in affidavits that in April 2012, in the post and apparently anonymously, they had received hard disks which contained vast quantities of hacked data alleged to show that the Defendants had conspired to breach the confidence of and harm the Claimants.

The Defendants applied to set aside those without notice injunctions on the grounds, amongst others, that the story as to how the Claimants had obtained the hard disks was a fabrication. The Claimants were alleged to be complicit in the hacking and said to have knowingly given dishonest evidence to the Court to the contrary. In response, the Claimants maintained their story in further affidavits.

These allegations were heard over six days in November 2012 by Mr Justice Andrew Smith. Senior executives from the Claimants attended for cross-examination, and maintained their previous account.

In his detailed Judgment, Mr Justice Andrew Smith upheld the Defendants’ allegations and set aside and did not renew the injunctions. Amongst other things, the Judge held:

The case is of particular significance in demonstrating the public importance of the duty of full and frank disclosure. In this case, the Claimants’ dishonesty resulted not only in the injunctions being set aside, but them not being regranted or renewed.