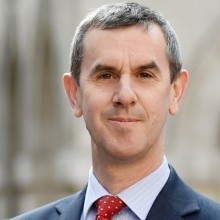 The Commercial Court had allowed claims brought by EE Limited and other mobile network operators against Ofcom for restitution of overpaid spectrum licence fees totalling about £220 million.  Steven Elliott QC represented EE at the trial before Adrian Beltrami QC.

The spectrum licence fees had been paid under regulations which were quashed in 2017 by the Court of Appeal ([2018] 1 WLR 1868) in proceedings also brought by EE.  This quashing left unamended earlier regulations which set licence fees at a much lower level.  On the basis of the principle in Woolwich Building Society v IRC [1993] AC 70, EE claimed restitution of the difference between the fees it had paid under the invalid regulation and the lower fees that were lawfully due under the earlier valid regulations.

Ofcom defended the claims on the basis that, if it had correctly understood the law as stated by the Court of Appeal, then it could and would have instead enacted valid regulations setting the spectrum licence fees at a higher level and perhaps even at the level at which the fees were set by the invalid regulations, which was said to represent the market value of the spectrum.  Ofcom claimed support for this “counterfactual” approach in R (Hemming) v Westminster CC [2013] PTSR 1377 (CA) and Waikato Regional Airport Ltd v AG [2004] 3 NZLR 1 (PC) amongst other authorities, and argued that the counterfactual approach negated each of the conventional elements of an unjust enrichment claim.

Adrian Beltrami QC accepted the arguments made by EE and the other mobile network operators and allowed their claims on the basis that the spectrum licence fees were determined by a legislative regime which could not be undermined by postulating hypothetical counterfactual legislation.  His judgment explores the nature and limits of the principle in Woolwich and a number of aspects of the law of unjust enrichment.  The potential application of EU law, and in particular the decision in Case C-398/09 Lady & Kid A/S v Skatteministeriet, did not need to be determined.

The Judgment can be accessed here. 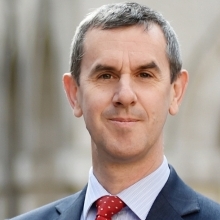