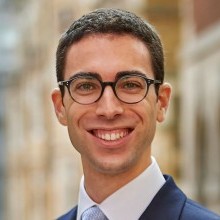 On 25 March 2022, HHJ Fine (sitting as a Deputy Master of the High Court) handed down judgment in (1) David Neil Gerrard & (2) Elizabeth Ann Gerrard v (1) Eurasian Natural Resources Corporation Ltd & (2) Diligence International LLC. The judgment draws to a conclusion the high-profile proceedings between the parties, and contains interesting analysis of the costs consequences where claimants accept a CPR Part 36 offer made by one defendant and then discontinue their claims as against another defendant.

The Claimants (Mr Gerrard, a former partner at Dechert LLP, and his wife) accused the First Defendant (“ENRC”) of having instructed the Second Defendant (“Diligence”) to carry out unlawful surveillance upon them, including by planting secret cameras on their land and by deploying undercover operatives to spy upon them whilst they were on a beach holiday on a private island in the Caribbean. The Defendants did not deny the covert surveillance, but contended that the activities were lawful because they had been carried out for the purpose of gathering evidence for separate proceedings between Mr Gerrard and ENRC (the “ENRC Proceedings”, in relation to which judgment is awaited).

The Court agreed with the Claimants that there was a good reason for departing from the usual rule under CPR 38.6(1). There was a binding contract between the Claimants and Diligence which, on its proper construction, constituted an agreement that there would be no order as to costs up until the end of the ‘relevant period’. The Court rejected various arguments made by Diligence as to why there could be no binding contract, including an argument that Diligence’s offer (being a normal contractual offer as opposed to a Part 36 offer) had not remained open for acceptance. The Court held that Diligence’s contractual offer was parasitic upon ENRC’s Part 36 offer and that, therefore, it had remained open for acceptance despite the Claimants having initially rejected ENRC’s Part 36 offer and despite 20 months having passed.

In a separate part of the judgment, the Court also rejected Diligence’s argument that discontinuance has the effect of automatically reversing previous costs orders made in the proceedings. There is conflicting obiter dicta on this question from the Court of Appeal, but the Deputy Master held that she was bound by the reasoning of Andrew Smith J in Dar Al Arkan Real Estate Co. v Al Refai [2015] EWHC 1793 (Comm). She went on to observe that, upon discontinuance, “it is not immediately obvious why a court would reverse previous costs orders … because the costs order was the order that the court considered to be appropriate in respect of that party’s conduct in that matter.”

Robert Harris (led by Adam Wolanski QC of 5RB) acted for the successful Claimants, instructed by Enyo Law LLP. Sandy Phipps previously acted for the Claimants in successfully resisting an application to strike out substantial parts of their statements of case. 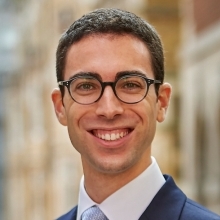 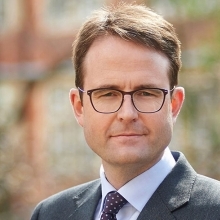