Home News Chancery Division applies principles of trusts and restitution to award 1948 funds of the Nizam of Hyderabad the money to India and others, dismissing the claims of Pakistan 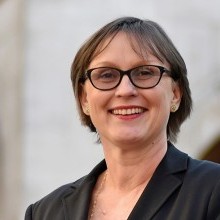 Chancery Division applies principles of trusts and restitution to award 1948 funds of the Nizam of Hyderabad the money to India and others, dismissing the claims of Pakistan

By a judgment handed down on 2nd October 2019, Mr Justice Marcus Smith dismissed claims by Pakistan to a sum now around £35 million (“the Fund”) which had been held for over 70 years by the National Westminster Bank (“the Bank”) in an account in the name of Pakistan’s first High Commissioner in the United Kingdom, Habib Ibrahim Rahimtoola (“the Rahimtoola Account”).

The Fund was the subject of earlier proceedings culminating in the House of Lords’ famous judgment on state immunity Rahimtoola v Nizam of Hyderabad [1958] AC 379. In that earlier case, the House of Lords had set aside proceedings brought by the 7th Nizam of Hyderabad and claiming the Fund, on the basis that to determine the true beneficial ownership of the Fund would breach Pakistan’s entitlement to state immunity. In 2013, however, Pakistan commenced fresh proceedings herself, thereby waiving state immunity. A subsequent attempt by Pakistan to discontinue the proceedings was rejected as an abuse of process (see High Commissioner for Pakistan in the United Kingdom v National Westminster Bank and Others [2015] EWHC 55 (Ch)).

In his judgment following a full trial, Marcus Smith J has rejected Pakistan’s case that the original sum of just over £1 million paid into the Rahimtoola Account had been intended as payment for arms shipments or as an outright gift, and held that beneficial ownership in the Fund as at 1948 lay with the 7th Nizam, and that it had been held on trust to his benefit and that of his successors in title since then.

In a wide-ranging judgment analysing documents going back more than 70 years, and embracing the law of constructive and resulting trusts, unjust enrichment, foreign act of state, illegality and limitation of actions, the Judge also rejected arguments advanced by Pakistan that the dispute was non-justiciable, either in whole or in part, that the doctrine of illegality somehow barred recovery or that the claims of parties other than Pakistan were time barred. He held that Pakistan’s pleading of limitation was an abuse of process, and that remedies in trust law and restitution were available against both Pakistan and the Bank. Having found that the 7th Nizam was beneficially entitled to the Fund, the Judge concluded that those claiming in right of the 7th Nizam - India, Prince Muffakham Jah and Prince Mukarram Jah–– are now entitled to have the Fund paid out to their order.

Clare Reffin appeared for the President of India and the Union of India in a team led by Timothy Otty QC.

A copy of the judgment can be found here. 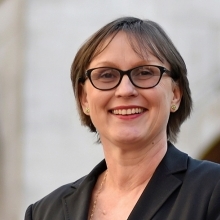