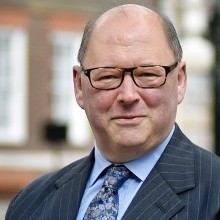 On 20 March 2009, the Administrative Court handed down judgment allowing a claim for judicial review by two train operating companies (TOCs), Southern and South Eastern trains, against a decision of the British Transport Police Authority (BTPA).  A number of other TOCs intervened in the proceedings.

The claim concerned the basis on which TOCs pay for the expenses of the British Transport Police.  The claimants argued that they had the right to be charged in accordance with express provisions as to payment contained in police services agreements between them and the BTPA.  The BTPA, however, argued that the Railways and Transport Safety Act 2003 and associated secondary legislation conferred on it the right unilaterally to override the contractual provisions, enabling the BTPA to introduce a new methodology which it believed more closely reflected the level of police services provided to particular TOCs.  In his judgment, Mr Justice Collins rejected the BTPA’s contention, holding that the contractual provisions were binding unless and until the agreements were terminated on proper notice.  He also held that the BTPA’s decision to levy invoices calculated in accordance with the new methodology was unlawful.

Read the full text of the judgment.