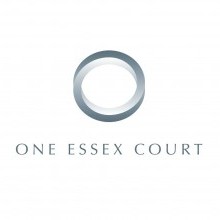 Members of One Essex Court are pleased to announce that the mentoring scheme for underrepresented groups at the Bar has expanded to include four more sets of chambers for 2021-2022.

The purpose of the scheme is to support and encourage individuals from groups which are underrepresented at the Bar of England and Wales (and in particular the Commercial Bar) to pursue careers as barristers.  Those underrepresented groups include women; people from minority ethnic backgrounds; people with disabilities; LGBT+ people; people who spent time in care; and people from disadvantaged socio-economic backgrounds.

In the scheme’s first year, over 400 applications were received and 150 mentees were matched with mentors. Following the expansion of the scheme, the participating sets are now:

The scheme will run between October 2021 and May 2022. As above, it is open to all undergraduates and graduates from groups that are underrepresented at the Bar of England and Wales (and in particular the commercial bar) and who do not yet have a pupillage offer.

Successful applicants will be allocated a mentor, who will be a member of one of the participating sets of chambers. As part of the scheme, mentees will be offered:

•Between three and five one-on-one meetings with their mentor.

•A workshop on applications for pupillage.

•Subject to developments in relation to the COVID-19 pandemic, one or more social events for mentors, mentees and members of the participating sets of chambers.

Applications to participate in the scheme are now open, and will close at midday on 20 September 2021 (previously 6 September).

Further information on the scheme can be found here and the application form here.