Home News Privy Council hands down important judgment with ramifications for the law of negligence, banking law and the incidence of “Quincecare” duties 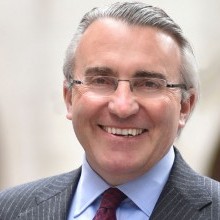 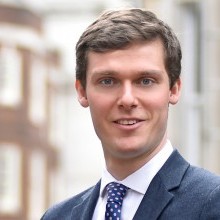 Privy Council hands down important judgment with ramifications for the law of negligence, banking law and the incidence of “Quincecare” duties

On 12 May 2022, the Privy Council (Lord Briggs, Lord Kitchin, Lord Hamblen, Lord Burrows and Lady Rose) handed down judgment in Royal Bank of Scotland International Ltd v JP SPC 4 and another [2022] UKPC 18.  This judgment addresses a number of interesting and important questions in the law of negligence and is likely to have to significant ramifications for banking law in particular.

The claimant Cayman Islands investment fund (the “Fund”) had funded an Isle of Man based scheme to lend to solicitors in England and Wales for the purposes of those solicitors pursuing low-value, high-volume claims such as PPI claims (the “Scheme”).  The Scheme’s bank accounts were held with RBSI by the “Loan Originator/Manager”, SIOM, which controlled their day-to-day operation.  SIOM was controlled by the architects of the Scheme who, over the course of a number of years, misappropriated substantial amounts of the Fund’s money from the bank accounts despite the bank having determined that the accounts were high risk and having redesignated the accounts as client accounts in the name of the Funds.  The Fund sought to recover its losses from RBSI on the basis that RBSI had owed to the Fund a duty not to execute transactions pending inquiry in circumstance where a reasonable banker would have grounds for considering that there was a real possibility of fraud, a duty which has been characterised in relation to a bank’s dealings with its customers as a “Quincecare” duty.  The Fund alleged that RBSI had breached that duty by executing obviously fraudulent transactions.

RBSI applied to strike out the claim on the basis that it could not, as a matter of law, have owed the fund as a non-customer any duty of care.  That application was dismissed by Deemster Wild in the Isle of Man High Court.  Deemster Wild’s decision was then overturned by the Isle of Man Court of Appeal (comprising Judge of Appeal Storey QC and Deemster Collas) which struck out the claim.  The Privy Council granted the Fund permission to appeal.

The central question for the Privy Council was whether RBSI owed a duty of care in negligence to the Fund arising because (1) RBSI knew that the Fund, and not its customer, SIOM, was the beneficial owner of the sums in the accounts, and (2) the circumstances were such that a reasonable banker would have had grounds for considering that there was a real possibility that the Fund was being defrauded.

The Privy Council overruled Baden v Société Générale [1993] 1 WLR 509, in which Peter Gibson J had held (prior to the decision in Quincecare itself) that banks owed beneficial owners a Quincecare-type duty, holding that finding of a duty of care in Baden is no longer good law in the light of subsequent developments in the law of negligence (paras 49 and 57).  The Privy Council considered that there is nothing in Quincecare itself or in the cases subsequently applying it (including the recent decision in Philipp v Barclays Bank UK plc [2022] EWCA Civ 318; [2022] Bus LR 353 which was handed down after the hearing in RBSI) to support the argument that the Quincecare tortious duty of care extends beyond being a duty owed to the bank’s customer which arises as an aspect of the bank’s implied contractual duty of care and co-extensive tortious duty of care.  The Privy Council declined to incrementally develop the tort of negligence by imposing in an appropriate case a Quincecare-type duty to non-customer beneficiaries, holding that to doing so would place an unacceptable burden on banks going outside their contractual relationship with their customers.

The Privy Council also took the opportunity to:

Stephen Auld QC and Oscar Schonfeld, instructed by Keystone Law (Douglas, Isle of Man) and K&L Gates in London, acted for the appellants. 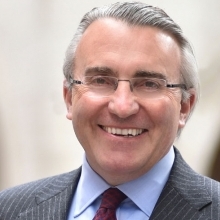 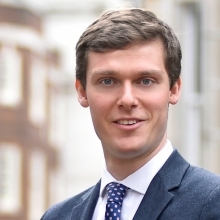