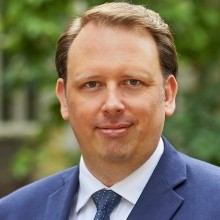 The Privy Council has (by a 4:3 majority) rejected the need for a locally justiciable cause of action as a precondition on the power to grant interim injunctions. The decision in Convoy Collateral Ltd v Broad Idea International Ltd [2021] UKPC 24 – by an enlarged, seven-member Board that included the Supreme Court’s President and Deputy President and the Master of the Rolls – dispels “residual uncertainty” (in Lord Leggatt’s words) about the limits on the court’s power to grant injunctions and signals potentially fertile ground for obtaining novel forms of interim relief. It is likely to become a key reference point for the future development of the law relating to injunctions generally and freezing injunctions in particular.

Convoy Collateral Limited (“Convoy”) had brought proceedings in Hong Kong against several defendants including Dr Roy Cho (a resident of Hong Kong) claiming damages and other substantive relief. Convoy had also applied in the British Virgin Islands (BVI) for freezing injunctions against Dr Cho and Broad Idea International Limited (“Broad Idea”), a BVI company in which Dr Cho owned 50.1% of the shares. Broad Idea was not party to the Hong Kong proceedings and no substantive relief was ever sought or intimated against it. Convoy said the freezing relief against both parties was sought in support of the Hong Kong proceedings. (Until recently, the BVI lacked an equivalent of section 25 of the Civil Jurisdiction and Judgments Act 1982, which grants English courts the power to grant interim relief in the absence of substantive local proceedings.)

In the BVI courts, Convoy was initially successful in securing freezing injunctions against both Dr Cho and Broad Idea and obtaining permission to serve a claim form (in which the only relief sought was a freezing injunction) on Dr Cho outside the BVI. However, the Court of Appeal of the Eastern Caribbean Supreme Court found that both freezing injunctions and the order granting permission to serve Dr Cho out of the jurisdiction should be discharged. In the course of doing so, it overruled the so-called “Black Swan” jurisdiction, named for Bannister J’s decision in Black Swan Investment ISA v Harvest View Ltd recognising a power to grant freezing relief against a party subject to the court’s personal jurisdiction to assist enforcement of a (prospective or existing) foreign judgment.

Convoy appealed against the Court of Appeal’s decisions and, anticipating the significance of the legal issues at stake, the appeals were heard on an expedited basis on 16-17 February 2021. The Privy Council unanimously dismissed Convoy’s appeals in relation to the freezing injunctions against each of Dr Cho and Broad Idea, finding that there was no basis on which they should have been granted.

In a closely reasoned judgment on behalf of the majority of the Board, Lord Leggatt set out a new rationalisation of the law of freezing and interim injunctions that suggests that, provided the court has personal jurisdiction over a party, it has power to grant an injunction. The approach was expressly held to be applicable not only to the BVI but all other jurisdictions “where courts have inherited the equitable powers of the former Court of Chancery”. The majority’s reasoning abandons a long-held view, articulated famously by Lord Diplock in The Siskina [1979] AC 210, that courts exercising equitable jurisdiction lack power to make an interim injunction against a defendant against whom the claimant has no underlying cause of action.

The Privy Council also gave important guidance on the availability of freezing injunctions against third parties who hold assets potentially available for enforcement and confirmed that permission to serve a claim form outside the jurisdiction is unavailable under the Eastern Caribbean Civil Procedure Rules (which are in materially similar terms to the English equivalent) where the only relief claimed is a freezing injunction. In relation to the latter issue, the Board declined Convoy’s invitation to depart from the decisions on this point in Mercedes Benz AG v Leiduck [1996] AC 284 and The Siskina.

There remain several areas of uncertainty following the decision. As the formidable minority judgment delivered by Sir Geoffrey Vos MR (joined by Lord Reed and Lord Hodge) makes clear, much of the majority’s reasoning was strictly unnecessary for the determination of the appeals and is arguably obiter dicta. It is also unclear how the non-statutory power to grant interim relief in support of foreign proceedings recognised by the majority should sit alongside legislation enacted in the UK and abroad to grant such power expressly. There is therefore likely to be significant further litigation exploring these and other dimensions of the Privy Council’s decision. 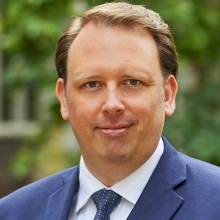