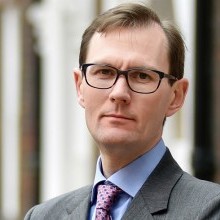 The Privy Council has considered the basic principles on which damages are awarded for breach of contract and distilled five points of general application in Global Water Associated Limited v Attorney General of the British Virgin Islands [2020] UKPC 18.  The five points are:

The project was delayed because the Government did not carry not the ground levelling and other works it had agreed in the DBA to perform to enable GWA to build the plant on the site.  GWA gave notice to the Government to remedy its breaches, and then terminated the DBA.  The plant was never built.  GWA referred to arbitration its claim for damages for breach of the DBA the profits it would have earned under the MOMA.  GWA of course had not completed its work under the DBA and it did not claim that it had suffered any loss as a result of not having been paid the whole of the DBA contractual price.

The arbitrators found that the Government was in breach of an express term of the DBA which required the government to provide a prepared site, and that GWA was entitled to terminate the DBA.  However, the arbitrators considered that the profits that would have been earned under the MOMA could not be claimed for breach of the DBA.  Such loss was too remote to be recoverable for breach of the DBA because the parties had chosen to make the MOMA a separate contract.  The profits also could not be recoverable for breach of the MOMA because that contract contained no express or implied term that the Government would provide a prepared site.

The Commercial Court found that the award contained an error of law on its face and remitted it.  The Court of Appeal of the Eastern Caribbean agreed with the arbitrators’ conclusion, although for different reasons and restored the award.  The Court of Appeal considered that the loss of MOMA profits was not caused by the Government’s failure to provide a prepared site, but by its failure to engage another contractor to built the plant after GWA terminated the DBA.  The Court of Appeal considered that that was a breach of an implied term in the MOMA, but GWA could not recover because it had not pleaded such an implied term.

As regards the arbitrators’ reasoning, the Privy Council held that, because the parties had entered into the two contracts on the same day, the Government had special knowledge of the potential for lost MOMA profits, bringing the case within the second limb of Hadley v Baxendale.  In entering into the DBA, the Government knew and intended that the performance of each parties’ obligations would lead to the commencement of the MOMA.  The DBA did not expressly limit the Government’s liability in damages, and the mere fact that the parties entered into two contracts could not give rise to an implied contractual limitation.  There was therefore an error of law on the face of the award.

The Privy Council also rejected the Court of Appeal’s reasoning.  The Government contracted in the MOMA for GWA to manage, operate and maintain the Plant which it had designed and constructed.  It was clear from the contracts that the parties envisaged that the completion of the DBA would lead seamlessly into the operation the plant under the MOMA.

The award is therefore remitted to the arbitrators to consider the quantum of loss. 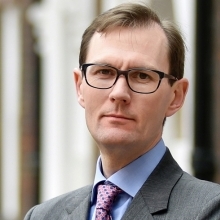