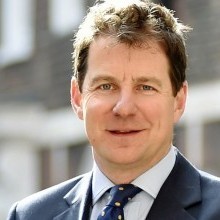 SEMINAL VICTORY AGAINST SOCIETE GENERALE IN THE SUPREME COURT

On 19 December 2012, the Supreme Court allowed an appeal against a decision of the Court of Appeal in proceedings arising out of the termination of the employment of Mr Geys, the former MD, European Fixed Income Sales of the Respondent Bank and his entitlement to a substantial bonus and contractual replacement bonus (£10 million).

Mr Gey's bonus entitlement, and his entitlement to the contractual replacement bonus, depended upon whether his employment contract terminated in 2007 or 2008. The Bank had purported to dismiss Mr Geys on 29 November 2007. It was accepted that this termination was in breach of contract. The Bank subsequently purported to exercise a contractual right to make a payment in lieu of giving notice by paying into Mr Geys' account the specified sum. The Bank did not inform Mr Geys that it was exercising its right to terminate his contract by making the payment until January 2008.

The appeal raised two issues of general public importance relating to the termination of employment contracts: (1) Whether a contract of employment terminates automatically on an express dismissal or, alternatively, terminates at the election of the innocent party; and (2) whether a contractual provision allowing an employer to make a payment in lieu of notice dispenses with the requirement for an employer to notify the employee of the termination, or dispenses only with the notice period.

The appeal also raised issues relating to the construction of Mr Geys' contract, including his entitlement under a pre-agreed termination agreement to claim damages for breach of the employment contract.

Before the Supreme Court, the Bank sought to overturn the Court of Appeal's decisions in Gunton v Richmond LBC [1981] Ch 448 and Boyo v Lambeth LBC [1994] ICR 727 that an employment contract is no different to any other contract, and terminates only at the election of the innocent party. Lord Wilson, with whom Lord Hope, Lady Hale and Lord Carnworth agreed, rejected these submissions as being an unjustified departure from the contractual principles of protecting the innocent party to a breach of contract. A contract of employment is no different from any other contract in terminating only at the election of the innocent party following a repudiatory breach.

Lady Hale gave the leading judgment on the notice issue. Lord Hope, Lord Wilson and Lord Carnworth all agreed with her. She held that a necessary incidence of the employment relationship was that the other party is notified in clear and unambiguous terms that the right to bring the contract to an end is being exercised. The Bank's payment in lieu of notice had failed to notify Mr Geys of the right being exercised, and therefore did not terminate his employment until the letter of explanation arrived in January 2008.