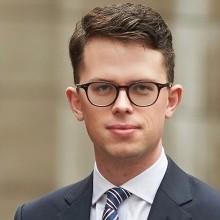 HHJ Cawson QC, sitting as a Judge of the High Court, has handed down an important judgment concerning Article 67 of the EU-UK Withdrawal Agreement and the effect of related proceedings in Member States.

The Claimant commenced English proceedings alleging that the Defendants (Belgian art advisors) had breached various contractual, tortious and fiduciary duties in connection with the Claimant’s purchase of c.$3m of modern art. However, the parties were already engaged in litigation in Belgium. In particular:

The Defendants challenged the English court’s jurisdiction, on the basis that: (i) Article 67 of the Withdrawal Agreement required the Court to stay the proceedings under Article 29 of Regulation (EU) No 1215/2012 (“Brussels Recast”) (alternatively the Court should do so under Article 30), because the English proceedings were “related” to the Belgian proceedings; and (ii) in any event, the Service Out Order should be set aside.

A number of complex issues arose and were determined, including: (a) whether, for the purposes of Article 67 of the Withdrawal Agreement, it was necessary for the two proceedings to have been “related” as at 31 December 2020 (answer: “no”, so the Court could take account of later amendments in the Belgian proceedings); (b) whether the English court was seised by the Service Out Order, rather than by the issue of the claim form (answer: “no”, so the Belgian court was first seised); (c) whether a claim for a negative declaration in terms that a party had not “proved” the existence of liability was the same cause of action as a claim subsequently brought by that party alleging such liability (answer: “yes”). As a result, Article 29 of Brussels Recast applied (and in any event a stay would have been appropriate under Article 30).

Furthermore, the Court held that the Service Out Order should not have been made, even applying the common law rules, finding that Belgium was the appropriate forum and rejecting much of the Claimant’s case on applicable gateways (and on other connected issues, such as the Claimant’s place of habitual residence and applicable law).

In a further judgment, given at the consequentials hearing on 19 July 2022, HHJ Cawson QC held that the appropriate disposal of the application was to declare that the Court had no jurisdiction and to set aside the Service Out Order (rather than to stay the proceedings). While Article 67 of the Withdrawal Agreement provided that the “provisions regarding jurisdiction” in Brussels Recast applied to “related” proceedings, the Claimant had sought to establish the Court’s jurisdiction solely on the basis of the common law rules and had not relied on any heads of jurisdiction in Brussels Recast in the alternative.

James Ruddell, instructed by Fladgate LLP, acted for the Defendants. 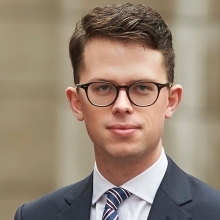