One Essex Court is delighted to announce that Sir David Richards has joined Chambers, following his retirement from the Court of Appeal in June. Sir David was called to the Bar in 1974 and took Silk in 1992. Whilst at the Bar, Sir David’s principal areas of practice were company law and corporate insolvency, including takeovers and mergers, restructuring, acquisitions, joint ventures, shareholder disputes, directors’ duties and governance, corporate regulation, but it extended to general commercial disputes, auditing and accounting and insurance and banking business transfers.

In welcoming Sir David to Chambers, Lord Grabiner said “I am absolutely delighted to welcome Sir David Richards to One Essex Court. He is a distinguished lawyer with a widely respected grasp of commercial realities. He plans to take on arbitration/mediation appointments and I am sure he will be a top choice as arbiter for entities engaged in the processes around dispute resolution.”

For further information in relation to the expertise available at One Essex Court, please contact Darren Burrows on 020 7583 2000 and at dburrows@oeclaw.co.uk. 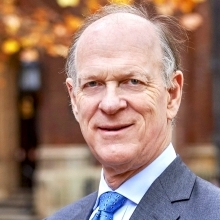