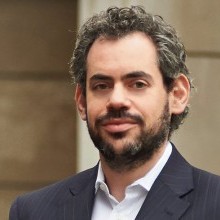 On 29 July 2019, the Supreme Court handed down judgment in Akçil & ors v Koza Ltd & anr [2019] UKSC 40. The decision represents the culmination of almost three years of litigation on jurisdiction.

In 2016, Koza Altin, a Turkish company, served notices under the Companies Act 2006 upon Koza Ltd, an English company and Koza Altin’s wholly-owned subsidiary. The purpose of the notices was to effect a change to the board of Koza Ltd. Koza Ltd and its director, a Mr Ipek, claimed that the notices were invalid on two grounds: first, that because of changes that had been made to Koza Ltd’s Articles of Association, it was not possible to change the board without Mr Ipek’s consent; and second, that the English courts should not recognise the authority of those individuals who were then in control of Koza Altin to cause it do anything as a shareholder of Koza Ltd.

The former ground of challenge gave rise to a question of English company law, namely whether the changes made to Koza Ltd’s Articles were effective to entrench its management in position (the English company law claim). The latter ground of challenge was far more wide-ranging. In essence, Koza Ltd and Mr Ipek claimed that control of Koza Altin had effectively been usurped by the Turkish state, through various criminal court decisions, as part of a campaign of political persecution against the Ipek family, such that the English courts should not recognise the authority of those who were in control of the company as a matter of Turkish law on public policy and human rights grounds (the authority claim).

Koza Ltd and Mr Ipek initiated a claim in the English courts against Koza Altin and those individuals who were then in control of it. Their position was that the English courts had exclusive jurisdiction in relation to both the English company law claim and the authority claim as against all of the Defendants pursuant to Article 24(2) of Regulation 1215/2012 (the Recast Regulation). The argument was essentially that the proceedings had as their object the validity of a decision of the organ of an English company (Koza Ltd).

The decision is one on somewhat unusual facts, but it is nonetheless an important guide to the scope and application of Article 24 of the Recast Regulation. The Supreme Court analysed the function of Article 24 within the scheme of the Recast Regulation as a whole, and held, following various CJEU authorities, that the Article has to be given a restrictive interpretation, that it is possible for one part of a claim to fall within it (the English company law claim) and another part not (the authority claim), and that the position of each defendant to a claim has to be considered separately insofar as the Article is concerned. Those conclusions represent significant departures from the approach taken by the High Court and the Court of Appeal, and must now be taken as an authoritative statement as to how the Article is to be applied.

The full decision can be found here. 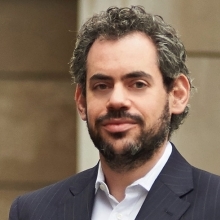