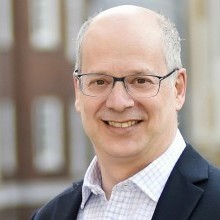 On 6 May 2009, Mr Justice Flaux of the Commercial Court handed down judgment allowing a fraud claim by a trader against the UK office of MF Global Ltd, the investment brokers formerly known as Man Financial Ltd.  Damages for loss of trading capital and loss of profits are likely to be assessed in the region of £20 million.

The claim related to a period in 2001/02 in which Tangent traded through Man Financial and its dealer Matthew Bomford.  The Judge found that Mr Bomford lied to Tangent’s representative Rajesh Gill on a daily basis, causing him to believe that his trading was immensely profitable where in fact he was making enormous losses, largely by way of commission payments to Man Financial.  The defendants admitted fraud on day 10 of the trial, following Mr Bomford’s “disastrous three days in the witness box”, but continued to judgment on the issues of inducement and the quantification of damages.

The case is notable in that the Judge accepted that Mr Gill’s talents as a trader are such that but for the fraud, he would probably have traded profitably over the period in question and in every year since.  The Judge therefore awarded damages measured by the profits Tangent would have earned on the trading fund which it lost through the fraud, thereby increasing a capital loss of £3.22 million to the £20 million total.  This is believed to be the first English case in which a trader has recovered damages for the loss of the opportunity to profit through trading.

Read the full text of the judgment