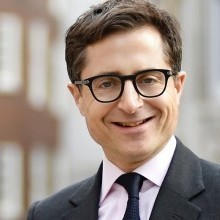 Daniel Toledano QC, Jamie Goldsmith and Alexander Brown appeared for Nutritek (the first defendant) in successfully challenging the jurisdiction of the English courts to hear claims worth around $350 million.

VTB Capital Plc (the claimant) claimed that it had been defrauded by the defendants into entering a loan facility with a Russian company, RAP. VTB sought to ‘pierce the corporate veil’ of RAP and hold the defendants liable under the loan contract between VTB and RAP, relying on Antonio Gramsci Shipping Corp v Stepanovs [2011] EWHC 333 (Comm). VTB also brought tort claims in deceit and conspiracy.

Mr Justice Arnold conducted a thorough analysis of the relevant authorities and gave a landmark ruling on the nature and scope of piercing the corporate veil, holding that Antonio Gramsci had been wrongly decided and that the defendants could not be held liable under the loan contract as a result of the alleged deceit/fraud.

Nutritek submitted that the natural forum for the tort claims was Russia, that the applicable law was Russian law, and that substantial justice could be obtained in Russia. After detailed consideration of the leading authorities on governing law, jurisdiction and extensive expert evidence on the practice and procedure of the Russian legal system, the Judge found in Nutritek’s favour on each of these issues.