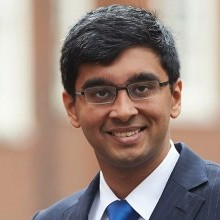 In a landmark judgment that is likely to become the leading authority in this area, the Supreme Court has addressed the principles for ascertaining the proper law of an arbitration agreement and the role of the court of the seat of arbitration in granting anti-suit injunctions.

Enka, the claimant, agreed in 2012 to provide certain services in relation to the construction of the Berezovskaya power plant in Russia. There was a fire at the plant in February 2016. Chubb, the defendant insurer, claimed to have paid c. $400 million to the owner of the plant in respect of the damage caused by the fire. In September 2019, it commenced proceedings in the Moscow Arbitrazh Court against 11 parties, including Enka, alleging (as subrogee) that they were responsible for the fire. The Enka contract contained an arbitration agreement providing for ICC arbitration in London. Enka accordingly issued a claim in the Commercial Court for an anti-suit injunction restraining Chubb from pursuing the Russian proceedings. Chubb resisted the claim on the ground that the arbitration agreement was governed by Russian law and that the Russian proceedings did not fall within the scope of it, although it was common ground that they did if the proper law was English law.

At trial, Andrew Baker J dismissed the claim on the basis that the English court is not the forum conveniens to determine it. Following an expedited hearing in April 2020, the Court of Appeal allowed Enka’s appeal, holding that forum conveniens considerations are irrelevant, that the arbitration agreement is governed by English law and that an anti-suit injunction should be granted to restrain Chubb from pursuing the Russian proceedings.

The Supreme Court has today dismissed Chubb’s appeal. The majority judgment was given by Lord Hamblen and Lord Leggatt, with whom Lord Kerr agreed. They held, by contrast to the Court of Appeal’s approach, that a choice of law for the main contract should generally be treated as a choice of law for the arbitration agreement, but that it is governed by the law of the seat as the default rule in the absence of a choice. The principles, including possible exceptions to the general rule, are considered at paras 53-146 and summarised at para 170. There are numerous points of interest in this discussion, but the following are perhaps of particular significance: (1) the majority’s construction of section 4(5) of the Arbitration Act 1996, overruling in this respect existing Court of Appeal authority: paras 73-94; (2) the majority’s endorsement of the so-called ‘validation principle’: paras 95-109; (3) the majority’s construction of article V(1)(a) of the New York Convention and section 103(2)(a) of the 1996 Act: paras 125-131; and (4) the correct approach to the determination of the proper law of ‘tiered’ arbitration clauses, such as those providing for mediation as a first step: paras 164-169.

Applying those principles, the majority concluded that the arbitration agreement in the Enka contract was governed by English law, because the main contract, although governed by Russian law under article 4 of the Rome I Regulation, did not contain any choice of Russian law, express or implied. This meant that there was no choice of law for the arbitration agreement either, which was governed by the law of the seat as the default rule. As for forum conveniens, the Supreme Court (on this point unanimously) endorsed the Court of Appeal’s conclusion that this is irrelevant to the exercise of the anti-suit jurisdiction, whatever the proper law of the arbitration agreement. Chubb’s appeal was accordingly dismissed. 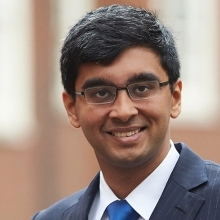