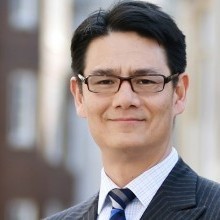 On 18 August 2009, in a dispute between two of the world’s largest breweries (SABMiller Plc and Diageo Plc) over beer distribution in Tanzania, Mr Justice Christopher Clarke of the Commercial Court in London granted an injunction which restrains East African Breweries Limited (“EABL”) (a subsidiary of Diageo Plc) from purchasing Serengeti Breweries Ltd (“SBL”), Tanzania's second largest brewery, until further order of an ICC tribunal.

The applicants and EABL were subject to agreements signed in 2002 which committed them to working together in Tanzania and Kenya. However, on 16 July 2009 EABL entered into an agreement to purchase SBL and, on the following day, gave purported notice that it had terminated its agreements with the applicants. The applicants therefore secured an urgent injunction from Mr Justice Gross on 17 July 2009.

Following a three day hearing of the application on the return date, Mr Justice Christopher Clarke handed down a lengthy judgment finding that the applicants were entitled to the injunction. The Judge held that TBL had a "strong case" that EABL had no right to terminate the agreements they had entered into with the applicants and that EABL was therefore subject to a non-compete restraint in Tanzania. The decision means that EABL cannot proceed with any acquisition of SBL, nor implement related agreements, until January 2011 or, if sooner, any contrary order of an ICC tribunal in London. That ICC arbitration is now underway.

The case raised an important point as to the scope of an application under section 44 of the Arbitration Act 1996. EABL had argued that the injunction would be finally dispositive of the issues because it could run until January 2011. However, the Judge accepted the applicants’ argument that the Court’s role under section 44 was a limited one – it was to act only where the tribunal were unable to act. Since the tribunal would be constituted and in a position to consider the issues within months, the Judge was content that his Order would not have final dispositive effect.

Read the full text of the Judgment