One Essex Court is offering a unique opportunity for potential applicants to the Commercial Bar to connect with a female barrister who can share their experiences and provide career guidance.

The scheme, now in its third year, will run during the 2021/2022 academic year. Each mentee will be paired with a female barrister from One Essex Court who will act as their mentor. The scheme includes the following opportunities:

Applications are open to those who are intending to apply for pupillage in the year 2021/22 or 2022/23. We welcome applicants of any gender, although applicants will be asked why they feel they will particularly benefit from a female mentor. We particularly welcome applications from those under-represented at the Commercial Bar, including people of minority ethnic origin, people with disabilities, LGBT+ people, and people who attended state schools or are first-generation university students.

The meetings between mentee and mentor can take place in person or virtually, depending on what is convenient to both.

A poster on the scheme can be downloaded here.

The deadline for applications has now passed.  Successful applicants will be notified by email by 12 November 2021. The guidelines we will use in assessing applications are available here.

If you have any questions, please contact Kirsty Hough by e-mail at: khough@oeclaw.co.uk

WHAT PREVIOUS MENTEES SAY ABOUT THE SCHEME

“My objective was to learn more about this career path, to gain the confidence it takes to succeed at it and to understand how to make better applications. I can safely say my mentor helped me to achieve all these goals.”

“Thank you so much for providing this opportunity. The mentoring scheme has been a huge help and I would definitely recommend it to future applicants thinking of a career at the commercial bar.”

“I really enjoyed the scheme and found the skills day invaluable.” 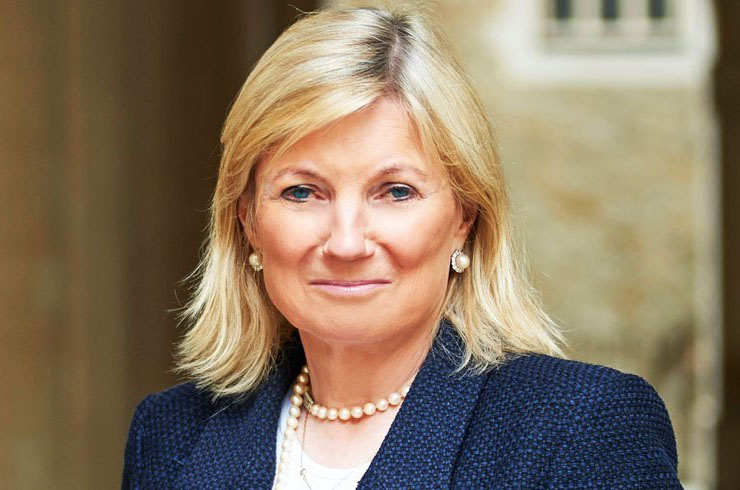 “A good mentor can really help develop your career and boost your self-confidence at critical moments when you wonder which road to take.”

Dame Elizabeth Gloster was called to the Bar in 1971 and took silk in 1989. She practised as a high-profile commercial and Chancery QC from One Essex Court until 2004, when she became a High Court judge and the first woman to be appointed a judge of the Commercial Court. She also became the first woman to be Judge in Charge of the Commercial Court in 2010, and was subsequently appointed to the Court of Appeal in 2013, becoming Vice-President of the Civil Division in 2016. As a Commercial Court Judge, she presided over some of the most high-profile and important commercial cases of the past fifteen years, including JP Morgan Chase Bank v Springwell Navigation Corporation and the Berezovsky v Abramovich trial. As a Lady Justice of the Court of Appeal she continued to sit on numerous important commercial and Chancery cases, including Burlington Loan Management Ltd & Ors v Lomas & Ors (a case arising out of the Lehman Brothers insolvency), Ukraine v The Law Debenture Trust Corporation Plc, and British Airways Plc v Emerald Supplies Limited. She retired from the Court of Appeal in 2018 and returned to One Essex Court to practise as an international commercial arbitrator; she also sits part-time as a Judge of the Abu Dhabi Global Market Courts and as a Court of Appeal Judge in Bermuda. Last year, Elizabeth was Treasurer of the Inner Temple. 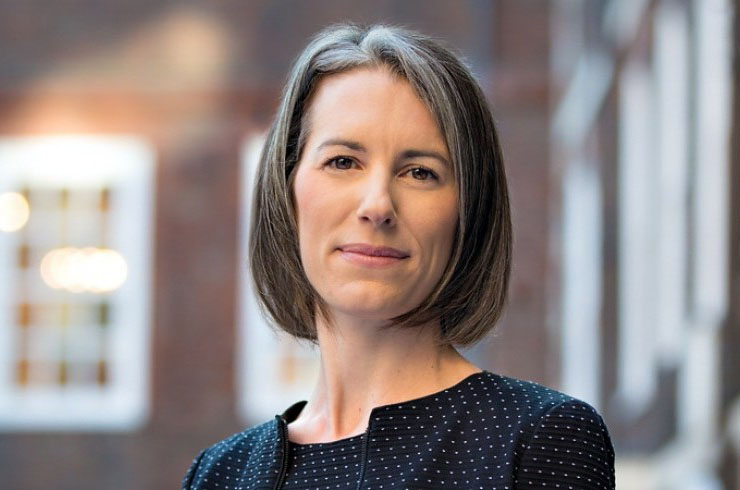 “It had not occurred to me to consider a career at the bar until a chance meeting in my final year at University with a commercial barrister, who invited me for mini-pupillage and who subsequently became a mentor. He showed me that not all barristers were the stereotype I had imagined and that commercial work would really suit me.  Without his support and encouragement, I would not have had the confidence to apply for pupillage. At my mentor’s suggestion, I successfully applied for Inn scholarships which made practically possible my law conversion and bar school studies. As a result of my own positive experience of being a mentee, I am very committed to offering similar support to others.”

Anna was called to the Bar in 2002 and took silk in March 2019. She studied history at Downing College (Cambridge), before converting to law with a GDL at City University. Early in her professional career, Anna worked in Hong Kong for three months as a Pegasus Scholar. She does a significant amount of group litigation (in which there are usually large numbers of claimants bringing similar claims with a high aggregate value against one corporate defendant). Anna represented News International in the Leveson Inquiry, which followed revelations of phone hacking at the News of the World newspaper. Anna has three children aged 6, 8 and 11. 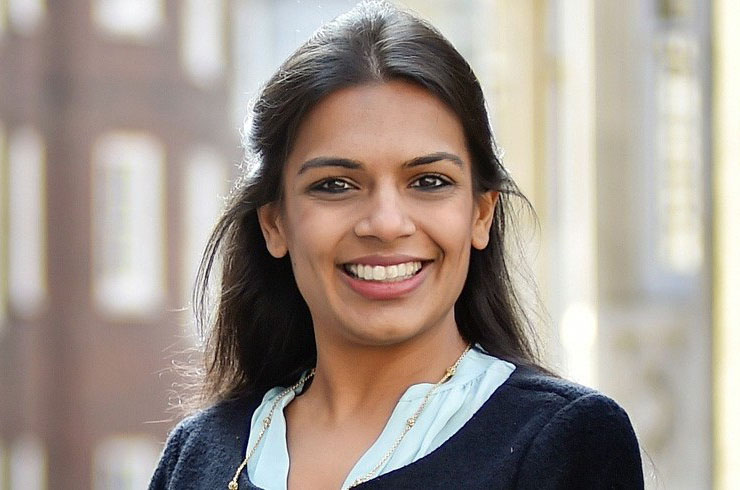 “I very much look forward to participating in the scheme and to providing guidance and support as a mentor.”

Nehali was called to the Bar in 2008 and completed her pupillage at OEC in 2008-2009. She studied law at Gonville & Caius College, Cambridge, and did the LLM at Harvard. Nehali has a broad commercial practice focusing mainly on banking and energy law. She is recommended in the directories in the fields of Commercial Litigation, Banking & Finance, Energy and International Arbitration. She has been recognised in The Lawyer’s Hot 100, noting that she is “FTSE companies’ most coveted adviser”, in Legal Week’s Stars at the Bar, and in Who’s Who Legal Litigation (as a Future Leader). Nehali is a member of the Attorney General’s B-panel of counsel. She returned from maternity leave in January 2019 following the birth of her daughter. 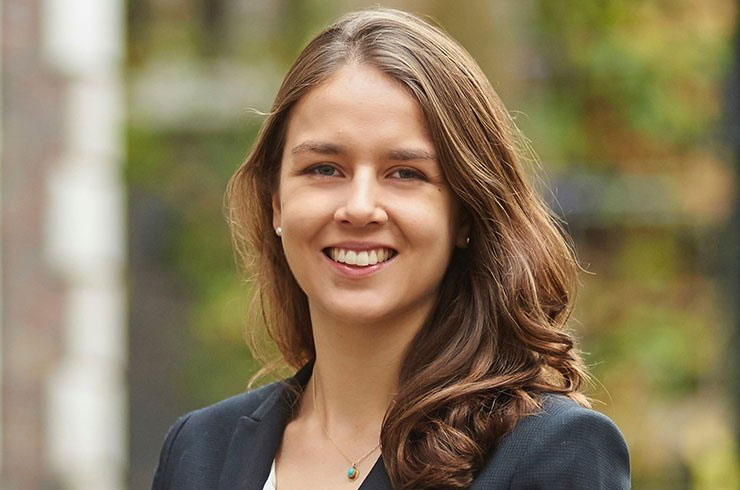 “I have been lucky to have a number of informal mentors over the years. The first was a tutor at university who, after I had written off becoming a barrister, invited me to an event for alumnae who had gone to the Bar and made me realise the Bar was an attainable goal. I was fortunate then to have a fantastically supportive set of pupil supervisors, who pushed me, gave me confidence and continue to provide advice. The women’s network in Chambers has also been a strong support - testament to this was that, when one of my pupil supervisors asked me during pupillage how I had felt being one of the only women at lunch that day, I responded that I had not noticed. That is exactly how it should be for every person at the Bar.”

Alyssa was called to the Bar in 2017 and completed her pupillage at OEC in 2017-2018. She studied Law with Law Studies in Europe (with a year at Université Paris II Panthéon-Assas) and the BCL at Magdalen College, Oxford. After completing pupillage, Alyssa worked as a judicial assistant in the Commercial Court for five months, returning to chambers in March 2019. Since starting tenancy, Alyssa has appeared, led by Conall Patton, in the Court of Appeal in a case concerning tax indemnity claims arising out of the sale of a Peruvian mining company and has recently been assisting in an ICC arbitration. Outside of work, Alyssa enjoys cooking and painting.